This martingale bot is slightly different to Manish's one in that it alternates between Odd and Even trades while winning.

Then when it has a losing trade, it stays with that trade and martingales until it has a winner. So if the losing trade was on Even, it will stay with Even trades until it hits a winner and then go back to normal alternating between Even and Odd while it has winning trades.

I would like it to continue alternating between Even and Odd trades when it is also in a losing sequence.

So when it hit a loss on Even like in the example above and stayed on Even trades until it hit a winner, I would like it to continue alternating between Even and Odd.

Any help greatly appreciated as I am stuck now. 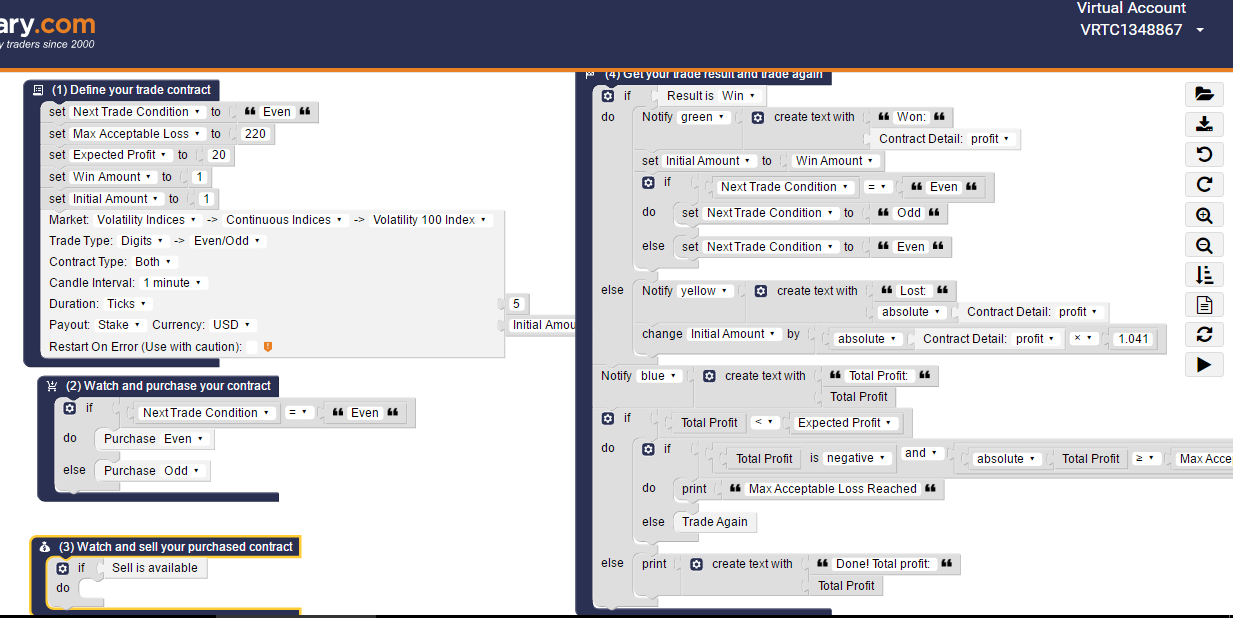